The History of Wyvern College and St Edmund’s Girls’ School

St Edmund’s Girls’ School has a long heritage in Salisbury and was founded because of its Church links, specifically the former St Edmund’s Church, in Bedwin Street. 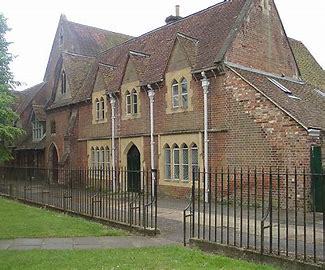 St. Edmund’s School, in association with the National Society, existed in 1815 but by 1818 it was only a Sunday school. It had become a day school again by 1835 when there were 69 boys and 49 girls attending. By 1859 the boys were being taught at other schools in the city and 70 girls were taught in a building attached to the church.

In 1860 the church, in union with the National Society, built a new school for boys and girls to the west of the church. The new school (pictured) was a success and was used as a practising school for the Diocesan Training College. Children paid between one penny and fourpence a week while 46 children attended night school at twopence a week.

In 1926 education in the city was reorganised and the school became a senior girls school for 350 students aged 11 and over. In 1944, under the Education Act of that year, the school became a secondary modern and was known as St. Edmund’s Girls’ Secondary Modern School and by 1955 it contained about 500 girls.

The current school was built on Church owned land in Church Road, Laverstock, and was completed on 3rd February 1964 at a cost of £218,217. There were places for 480 pupils and the school became St. Edmund’s Church of England Girls’ School.

Wyvern College evolved from being part of the first permanent Council School in the city that was erected at Fisherton Anger on a site of some 2 acres fronting on Highbury Avenue in 1924. When it opened it was called Fisherton Anger Council School and was attended by 185 boys, 131 girls and 114 infants. As the numbers of children increased additions and improvements to provide for another 400 children were carried out about 1932, although the steep gradients of the site made building operations difficult. 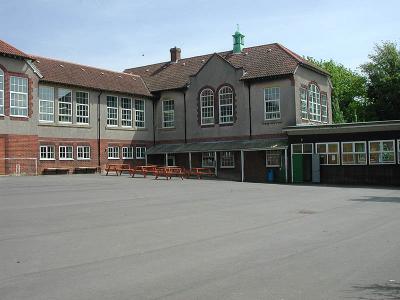 ool consisted of 2 blocks; the higher was for 282 junior mixed children and 226 infants, and the lower for 480 senior boys and girls. In 1935, the school became known as Highbury Avenue Council School to avoid confusion with Fisherton Anger Church of England School. The senior department at Highbury Avenue became a Secondary Modern School under the Education Act of 1944.

After the re-organisation of the local education system in 1972 the former Highbury Avenue Secondary Modern School became Fisherton Manor Middle School for students aged 9-13 on the Highbury Avenue site. What would become Wyvern College was renamed Highbury Secondary School and relocated to the site in Laverstock it still occupies today.

It remained a secondary school for boys from 11 to 16 years and by 1994 there were 530 on the school roll. In 1995 it was renamed Wyvern College and operated as a highly specialised technology college for boys with an emphasis on Science, Mathematics, Technology and Communications Technology.

The school had one of the most up to date and extensively equipped Technology Centres in Wiltshire.  There were 600 boys on the school roll in 1996 and in 2002 the number was 615. In 2003 the school assumed Voluntary Aided Church status and has ever since operated as a Church of England school within the Diocese of Salisbury.

In 2017 both schools became two of the three founder members of the newly formed Magna Learning Partnership Multi-Academy Trust which now, in 2021, has nine member schools covering key stages 1 to 5.

In September 2018 both schools began an exciting new chapter in their respective histories when they co-located to form one learning campus under one leadership team. The school had shared the same site and many of their buildings since the 1970s. As Church schools within the Trust, it was a natural development to co-locate the two schools. This has brought significant benefits to students and staff of both schools.

The two schools now form Wyvern St Edmund’s and operate as one mixed school bringing their respective strong Christian ethos and values together to form a happy, inclusive and vibrant learning community.  We continue to be supported by our strong links with the Diocese of Salisbury. We anticipate a bright future ahead that builds on the legacy and heritage of both schools.