Dance performances, a shooting competition, cross-bar challenges, and ‘A Question of Sport’ style charades were interleaved between the presentation of awards.

The coveted ‘WSE Sports Personality of the Year’ was won by Daniel Blackburn.  Daniel was the captain of the year 11 boys’ football team and was the glue that held the team together and drove them forward this year as a cohesive unit.  Goal keeper Dan’s immense sporting talent has been recognised by the footballing community and he has just signed a professional football contract with Forest Green Rovers F.C. 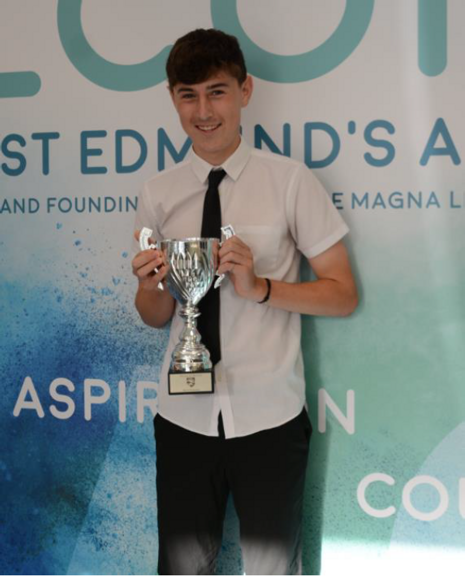 Daniel B – Wyvern St Edmund’s Sports Personality of the Year.

On the night awards were presented to the following students:

Year 7 Sports Performer of the Year – Milo B

Winners of the Recognition of Excellence Awards – presented to talented sports people who compete for the school on a regular basis or who are superstar role models in PE lessons: 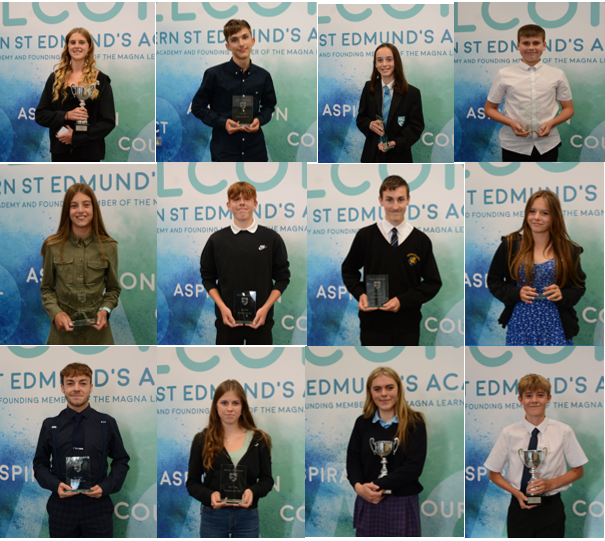 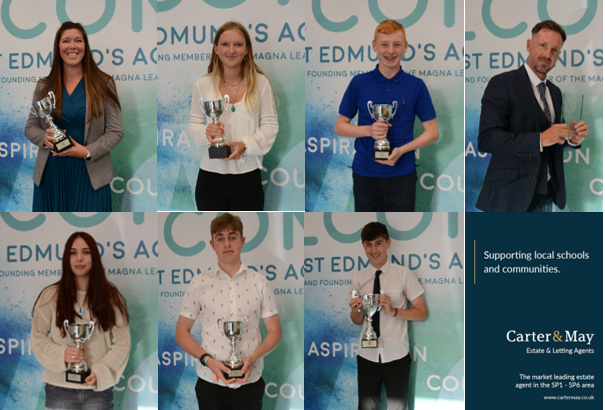